Titan is a big Blaser fan

Titan Gilroy is an enthusiastic Blaser user and owner of TITANS of CNC. He only uses the best metalworking fluids available on the market. Titan is a fighter, and with his online platform, TITANS of CNC Academy, he has given many people an understanding of machining technologies while sharing his knowledge.

Titan Gilroy is the personification of the American Dream, having made it to the very top through his own hard work. A former boxer, he is now the owner of TITANS of CNC, a CNC manufacturing workshop in Northern California, US. He also produces and stars in the TV series by the same name, TITANS of CNC, (formerly: TITAN American Built). He has founded his online platform, TITANS of CNC Academy, to offer free training for those interested in machining, students and many more in the field of CAD, CAM and CNC. Titan designed the curriculum used by the trainers and students. The online portal is the first training platform of its kind and now has fans and visitors from all over the world.

It all began with the CNC machining school in the San Quentin prison. The Titan knows first-hand that the American prison system could be doing a much better job. Many former inmates stated they found it difficult to resume their life in society and to find work. In order to offer the prisoners a new perspective and to train them, an entire workshop, including state-of-the-art equipment, was built based on his ideas. The concept was a complete success, as you can see in the video below.

Titan has made it his mission to promote training in the machining industry in the United States. Titans of CNC and Blaser Swisslube have been working together for almost two years now. In addition to sponsors like Autodesk, Haas and Kennametal, Blaser supports the Titans of CNC Academy’s free learning platform. Furthermore, Titan is one of our metalworking fluid test users – a symbiotic collaboration. In January 2016, the time had come for Titan and his crew to pay us a visit.

You can find a number of different learning modules in the fields of programming, tool optimization and metalworking fluid handling on the Academy website. The purpose of the platform is to enable interested parties to develop and learn new things. His followers include both machining specialists and students.

Why do you use Blaser coolant?

“I have used Blaser off and on for 22 years and have great memories from when I first started in this trade. I used to have to care of the coolant, the older BlasoCut had a vanilla / almond smell that always reminded me of the smell of Play-doh 🙂 Years later after leaving that company, I would smell play-doh somewhere and it would remind me of the coolant and first shop that started me off in this Amazing trade.”

What does the Blaser coolant and service offers you, what others can’t?

“As a top aerospace manufacturer, I have now used Oemeta, Hangsterfers, QualiChem and others in an attempt to expand tool life in titanium, inconel & monel… Once, I tried Vasco 7000, I was hooked as I experienced 30% more tool life, immediately across the board. Since then, I was honored to be a beta test site for the new Blaser Synergy 735. As you can imagine, I fell in love… This coolant is an absolute game changer. I get amazing tool life in all super alloys and it is perfectly clear in color. My team loves it, I love it and have now switched all 17 of my CNC Machines to Synergy 735. Best coolant in the entire world, Period :-)” 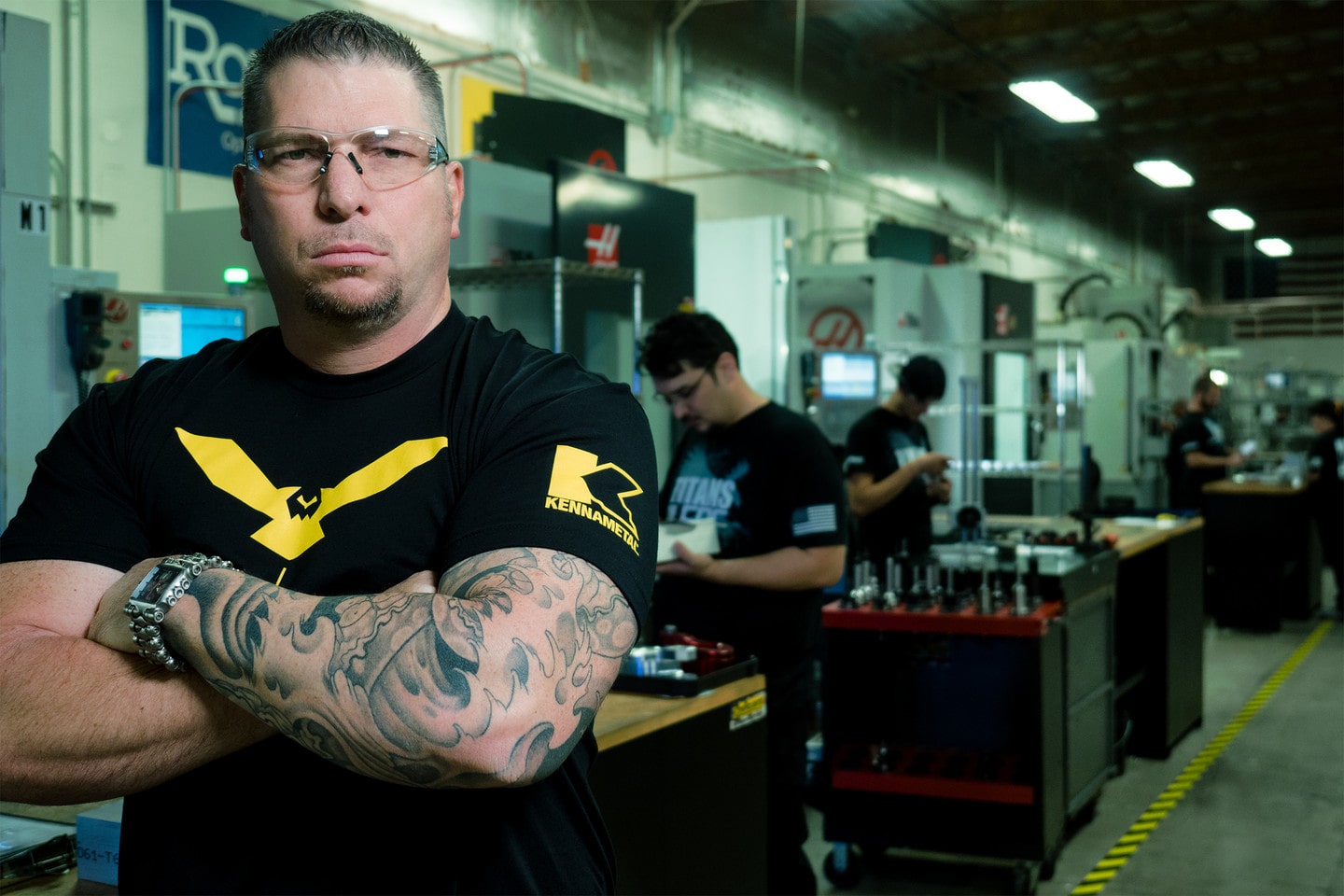 Titan Gilroy in his shop 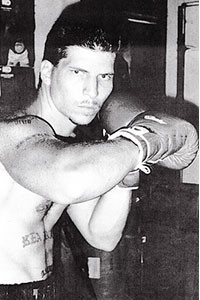 Titan’s career has been remarkable. During his time in school, he realized he had a talent for boxing and was discovered by a local boxing coach after graduating in 1988. After winning 35 amateur fights, he moved to Las Vegas in 1991 to begin a professional career. But before he could even compete in his first professional match, he got into a fight at a night club, where he seriously injured two men. The following three years were spent in prison. In order to escape the vicious circle and start a new life, he retired from boxing and moved to Northern California with his family.

There, he accepted a position with Zinola Manufacturing, a small machine shop. That step was the beginning of an important phase of life for Titan. His passion for machining grew with each passing day. He volunteered to do overtime and attended evening courses at the National Tooling and Machining Association. His boss quickly noticed his new employee’s talent for machining. Within a year, Titan became chief programmer and master mechanic.

In 2005, Titan and a colleague decided to open their own CNC shop: Titan Engineering. He worked day and night to manage his deadlines, and his hard work paid off. In just 3 years, Titan built his company to house 20 CNC Machines and employ 55 employees. He won key accounts to manufacture highly complex parts for the aerospace industry and machine submersibles.

Learn more about our Synergy 735

This may also interest you:

This website uses cookies
We use cookies on our website to give you the most relevant experience by remembering your preferences and repeat visits. By clicking “Accept”, you consent to the use of ALL the cookies. In case of sale of your personal information, you may opt out by using the link Do not sell my personal information.
Cookie SettingsACCEPT ALL
Cookie Settings

This website uses cookies to improve your experience while you navigate through the website. Out of these, the cookies that are categorized as necessary are stored on your browser as they are essential for the working of basic functionalities of the website. We also use third-party cookies that help us analyze and understand how you use this website. These cookies will be stored in your browser only with your consent. You also have the option to opt-out of these cookies. But opting out of some of these cookies may affect your browsing experience.
Necessary Always Enabled
Necessary cookies are absolutely essential for the website to function properly. These cookies ensure basic functionalities and security features of the website, anonymously.
Strictly Necessary For Site Function Always Enabled
This section is absolutely necessary for the site to function. There is no personal identifying information being collected or stored. However, there is a cookie that allows the functionality.
Analytics
Analytical cookies are used to understand how visitors interact with the website. These cookies help provide information on metrics the number of visitors, bounce rate, traffic source, etc.
Functional
Functional cookies help to perform certain functionalities like sharing the content of the website on social media platforms, collect feedbacks, and other third-party features.
Performance
Performance cookies are used to understand and analyze the key performance indexes of the website which helps in delivering a better user experience for the visitors.
Advertisement
Advertisement cookies are used to provide visitors with relevant ads and marketing campaigns. These cookies track visitors across websites and collect information to provide customized ads.
Others
Other uncategorized cookies are those that are being analyzed and have not been classified into a category as yet.
Save & Accept