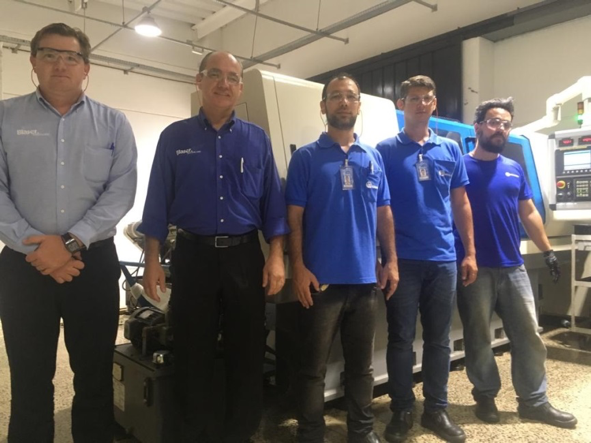 Hexagon Orthopedics, based in ltapira, in the State of Säo Paula, Brazil, has grown year after year since its founding in 1988. Due to its strong commitment to the medical area and its customers, the company has become one of the leading national manufacturers of orthopedic implants. Hexagon credits much of its success to its employees, which is reflected in the low personnel turnover at the company.

However, in 2016 Hexagon Orthopedics had a problem: due to high manufacturing cycle time and low tool life in deep drilling, Hexagon outsourced part of its production, generating undesir­able additional cost in its final product.

In his search for a solution to this problem, Claudia Barbosa, industrial manager for Hexagon Orthopedics, requested a visit from the technical team at Blaser Swisslube Brazil, based in Santo Andre, Säo Paula, to assess the situation. According to Barbosa, “The main objective was to improve the performance of the deep drilling operation with a diameter of 2.7 mm, but the use of vegetable oil was also desired as it was more ecological, among other benefits.”

Blaser Swisslube is a Swiss company specializing in providing fluids for machining. Family owned, it was founded in 1936 and has since become a global company employing 600 people worldwide. Blaser Swisslube operates in more than 60 countries, including Brazil.

A thorough analysis of the situation revealed that the HTT Shangay special drilling machine used in the deep drilling operation had a cycle time of 248 seconds and the tool life of the 2.7-mm diameter cannon drill was about 30 percent of the ideal. A detailed analysis of the process was performed evaluating the machine, pump (pressure), materials, and cutting parameters used at the time.

Blaser prepared a Value Proposal for Hexagon Orthopedics that indicated that Blaser’s solution would increase productivity by 5 percent and tool life by 10 percent. The recommended product was Vascomill 10, a vegetable-based oil product that met the technical conditions and customer requirements to use a vegetable product.

The results on the HTT Shangay deep drilling machine were monitored on a weekly basis during the test phase. This lasted from August to October 2016. During that time, tool life of the 2.7-mm cannon drill increased by 71 percent, and the cycle time was reduced by 40 percent, from 248 seconds to 148 seconds, doubling the feed rate. The results generated a financial gain of 35 percent in the entire machining process. 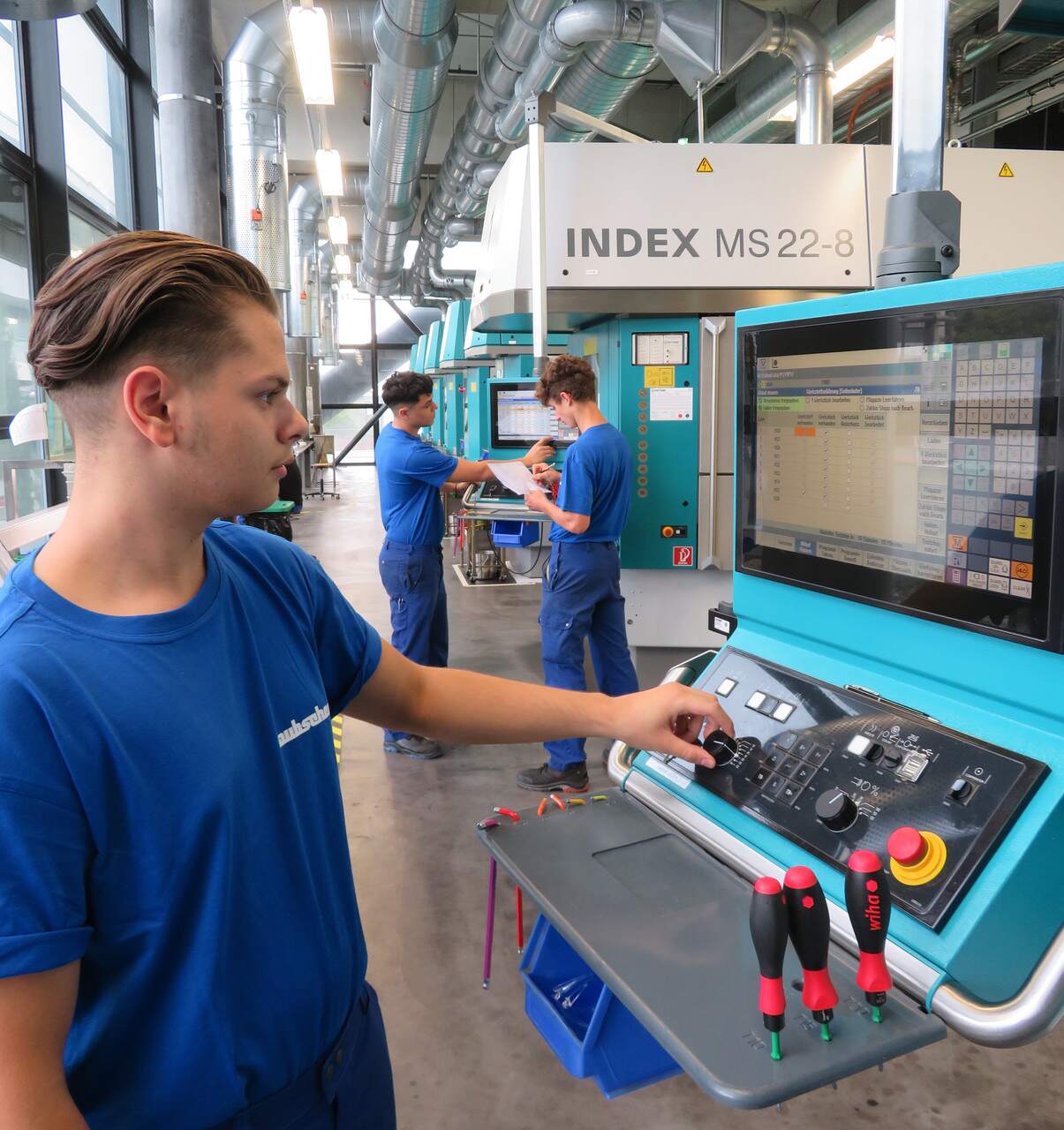 A rod produced by Hexagon Orthopedics at its Itapira plant and sold in South America. 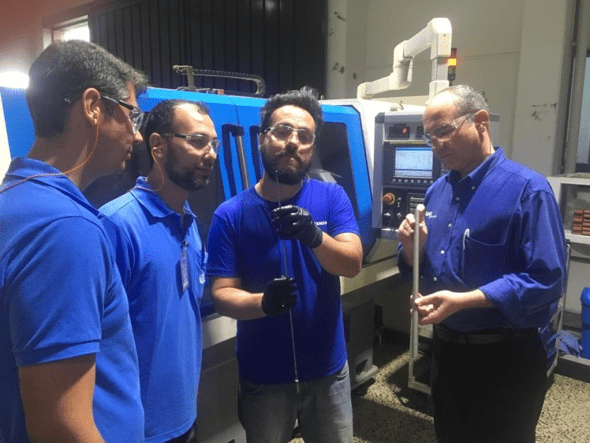 In the succeeding two years, Hexagon Orthopedics has internationalized its entire production and uses only Vascomill 10 in its machining operations. The company consolidated its partnership with Blaser Swisslube in 100 percent of its plants, using vegetable-based products, both neat oil and water miscible.

Learn more about our Liquid Tool and contact us today!

This may also interest you:

This website uses cookies
We use cookies on our website to give you the most relevant experience by remembering your preferences and repeat visits. By clicking “Accept”, you consent to the use of ALL the cookies. In case of sale of your personal information, you may opt out by using the link Do not sell my personal information.
Cookie SettingsACCEPT ALL
Cookie Settings

This website uses cookies to improve your experience while you navigate through the website. Out of these, the cookies that are categorized as necessary are stored on your browser as they are essential for the working of basic functionalities of the website. We also use third-party cookies that help us analyze and understand how you use this website. These cookies will be stored in your browser only with your consent. You also have the option to opt-out of these cookies. But opting out of some of these cookies may affect your browsing experience.
Necessary Always Enabled
Necessary cookies are absolutely essential for the website to function properly. These cookies ensure basic functionalities and security features of the website, anonymously.
Strictly Necessary For Site Function Always Enabled
This section is absolutely necessary for the site to function. There is no personal identifying information being collected or stored. However, there is a cookie that allows the functionality.
Analytics
Analytical cookies are used to understand how visitors interact with the website. These cookies help provide information on metrics the number of visitors, bounce rate, traffic source, etc.
Functional
Functional cookies help to perform certain functionalities like sharing the content of the website on social media platforms, collect feedbacks, and other third-party features.
Performance
Performance cookies are used to understand and analyze the key performance indexes of the website which helps in delivering a better user experience for the visitors.
Advertisement
Advertisement cookies are used to provide visitors with relevant ads and marketing campaigns. These cookies track visitors across websites and collect information to provide customized ads.
Others
Other uncategorized cookies are those that are being analyzed and have not been classified into a category as yet.
Save & Accept